Irina Maleeva’s “Illusions” is a live theatrical portrait of an extraordinary life. Interspersed between songs from her new CD “Illusions”, she recounts with humor and emotion stories of her life that began in Bulgaria. The Tapestry of Irna’s Life has included and been shaped by such diverse legends as Orson Welles, Fellini, Antonioni, Yves Montand and Edith Piaf to name just a few. With extraordinary songs and stories, this show is a return to the stage of the craft and style of great European artists, chanteuse and raconteurs of another time and place. 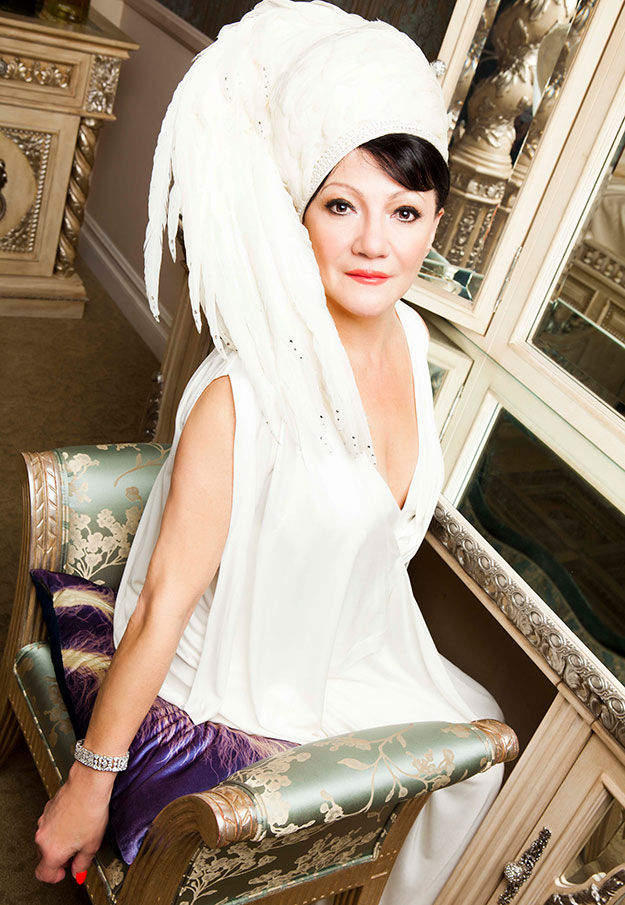 Irina Maleeva is a true multi-faceted international performer. Born in Bulgaria to a leading lady of Bulgaria and as a teenager in Italy. While working in Rome and Venice, she studied acting, earned a degree in set design, became a painter and learned to speak seven languages fluently.

At age 15, she was discovered by Italian film director Federico Fellini, who cast her in three of his films, including “Satyricon”. She played Jessica to Orson Welles’ Shylock in a BBC production of “The Merchant of Venice” and went on to star in more than 30 European and American films.

Her co-stars have included such icons as James Mason, Valentina Cortese, Terence Stamp, Anthony Franciosa and Charles Grodin. She was recognized by the Toronto Film Festival for her supporting -actress portrayal of “the demented contessa” in the film “Union City”, starring Deborah Harry and Pat Benatar.

Irina has also played recurring and guest starring roles on such TV hits as “Days Of Our Lives”, “The Gilmore Girls”, "The Bold and the Beautiful”, “pensecola”, “Just Shoot Me”, “Angel”, “Heroes” and “Six Feet Under”.

Since Irina delights in taking her audiences on emotional journeys of song, dance and narrative, she has traveled the world to share her critically acclaimed one-woman musical comedy shows including “Passion, Pain and an Occasional Vodka Tonic”, “Mata Hari’s Last Dance” and “Irina A-Broad”.

Irina dedicates this theater production of “Illusions” to her parents, with much gratitude to her wonderful husband, Nate Goller, for his un-waivering support. 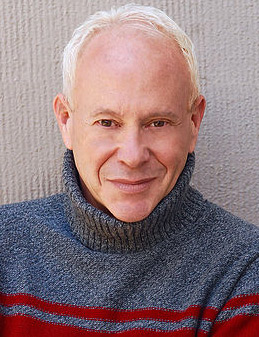 Randy Johnson Randy Johnson is a director and published playwright. His work has been seen on Broadway, Off Broadway, Regional Theatres in the US and Canada, Radio City Music Hall, Carnegie Hall, MGM Grand - Las Vegas, The Savoy Theatre in London's West End, L'Olympia in Paris and other venues and arenas worldwide. Most recently he created, wrote and directed the 2014 Tony Award nomination musical A NIGHT WITH JANIS JOPLIN. Prior to Broadway the show played regional theatres across the country including the record breaking run at the Pasadena PLayhouse. He is the original producer of ALWAYS, PATSY CLINE and produced the West Coast premiere of Larry Kramer's THE NORMAL HEART starring Richard Dreyfus and Kathy Bates. Randy is the recipient of the Crystal Apple Award for this work with Aids Project Los Angeles, was named Volunteer of the Year for LA Shanti and most recently has been nominated by the NAACP as Best Director for A NIGHT WITH JANIS JOPLIN. www.randy-johnson1.com[/vc_column_text] 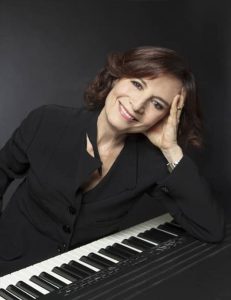 Michele Brourman
Michele Brourman is a Johnny Mercer Soungwriter Award winner who's songs have been recorded by Olivia Newton-John, Donny Osmond, Sheena Easton, Rita Coolidge, and others. Her best known song, “My Favorite Year”, has become a cabaret standard. Brourman and Amanda McBroom co-wrote the score for “Dangerous Beauty”, produced by the Pasadena Playhouse. Her musical, “I Married Wyatt Earp”, was produced off-Broadway . Together with Stephan Oberhoff, Michele arranged and produced Irina Maleeva’s CD “Illusions”, and McBroom’s CD “Chanson”. She also recorded a CD of her own music, “Fools and Little Children”.

John Paul Batista
John is excited to be back at the Hudson Theatre and to be joining the cast of Illusions! Originally from El Paso, TX, John Paul trained at the American Musical and Dramatic Academy (AMDA) conservatory program in NYC and continued to get his BFA at the Los Angeles Campus. Film credits include; GLEE (NYADA members Baby Got Back). Performed with Academy Award Winner Shirley Jones in Waiting In The Wings, The Musical. Theatre credits include: Zoot Suit Riot (Original Cast/ California Preview). In The Heights, Kiss Me Kate, Spamalot (Musical Theatre West), The Producers (Welk Resort), Dora The Explorer Live (Tour), Chicago, Spring Awakening, Dirty Rotten Scoundrels, Hair, and Aida. Big thanks to my amazing representation team! @johnpaulfitness

A Special Thanks Goes To:

Maria del Bagno, Stephenson Holder and Gary Holder, and, especially to Phyllis Morris Originals for the beautiful furniture that decorates our stage tonight.